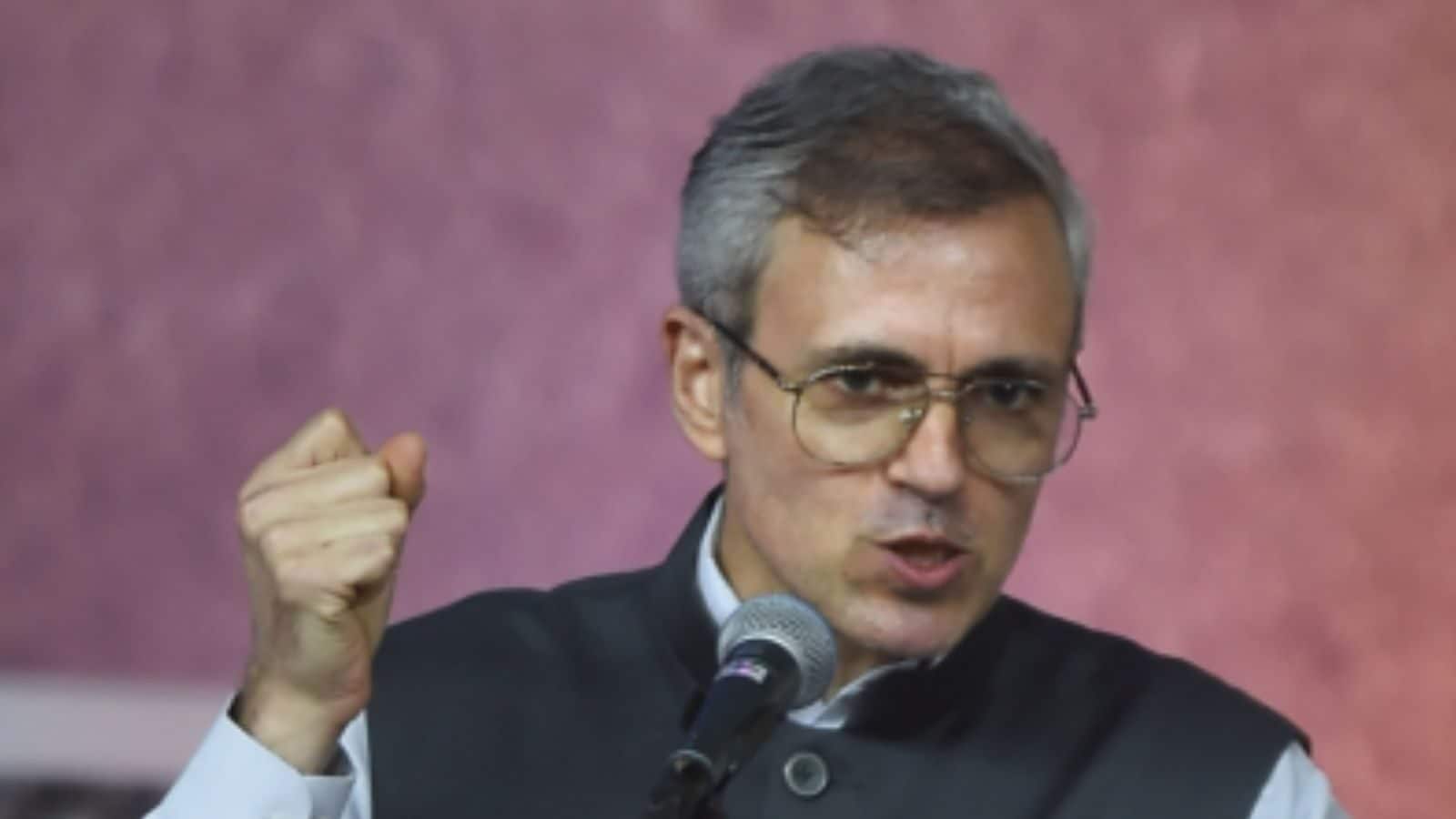 National Conference Vice President Omar Abdullah on Saturday alleged that the people are fed up with the centre’s administration in Jammu and Kashmir and called for an assembly election soon to end the political uncertainty in the region.

“There was no change on the ground. We were hopeful that the situation would improve but it did not,” Omar said at a conclave here, referring to a meeting with Prime Minister Narendra Modi in June last year.

“Instead, confusion has increased. We are living in a vacuum because no assembly elections have been held in more than eight years,” he said.

Omar said that the central government had promised to hold the assembly elections after completion of the delimitation exercise, but even after the commission submitted its report long back, it is yet to announce the election dates. “I have not heard if the next step will take place or not after the completion of the ongoing special summary revision of electoral rolls…they need to end this uncertainty and tell us when the elections are going to take place,” he said.

“The common man is fed up with the governor’s rule. I am seeing this for the first time. Otherwise my experience tells me that people are satisfied with such a rule because they feel there is no political intervention in administrative decisions. But today, the people of both divisions, of Kashmir and Jammu, cannot wait for an election,” he said.

He said his party will continue fighting “democratically, constitutionally and politically” for restoration of Article 370, which was abrogated by the Centre three years ago. The former chief minister said he believes the NC, which has filed a petition in the Supreme Court challenging the decision announced by the Centre on August 5, 2019, has a strong case.

“We are not on the roads or misleading the public or taking the law in our hands for restoration of Article 370. We will continue our fight democratically, constitutionally and politically and it is our right. “I am not among those who will give up (on Article 370)… we have faith in the Supreme Court but our only request is that at least it should listen to us. We believe that our case is strong,” Abdullah said.

On the government’s claims of large-scale development post abrogation of Article 370, he said, “I have not seen anything new on the ground.” Though he was quick to add that incidents of stone pelting were not as frequent, and welcomed the change, even as he said that he did not know the reason behind that change.

“Is it because of the threat of being slapped with the Unlawful Activities (Prevention) Act? Someone is a stone-pelter but some other person, maybe a relative, is dismissed from the service – whether that is legal or constitutional is another matter,” he said.

On militancy, Omar said the situation had deteriorated as the areas which were declared militancy-free during his rule were now under its grip. “Youths are joining militancy and this cycle continues. We are now hearing terms like hybrid’ and white collar militants’. There was no such classification during my tenure. That means, they have joined militancy in recent years,” he said.

He said the Lt Governor cavalcade uses a Prime Minister type security route plan before moving around in the Union Territory. If the security situation had improved, there would be no need for such a route plan. The former J&K Chief Minister also said that there was no headway on the return and rehabilitation of Kashmiri pandits.

“They were ready to flee their camps in the wake of recent targeted killings. They faced the same situation as we do when we are barred from going out with police vehicles placed in front of our gates,” he said.

He said that the government held the pandits back because they did not want them to leave the valley as it would have been a big setback for them. He said the pandits left the valley in 1990 because a sense of security was snatched from them.

They did not feel secure there and left. They will not return till they get back that sense of security, he said. Shifting them into camps is not rehabilitation, he added.

NEW DELHI: The Nifty IT index closed on a negative note on Thursday....
Health

The nine-day festival or Navratri is in full swing across the country. During...
India