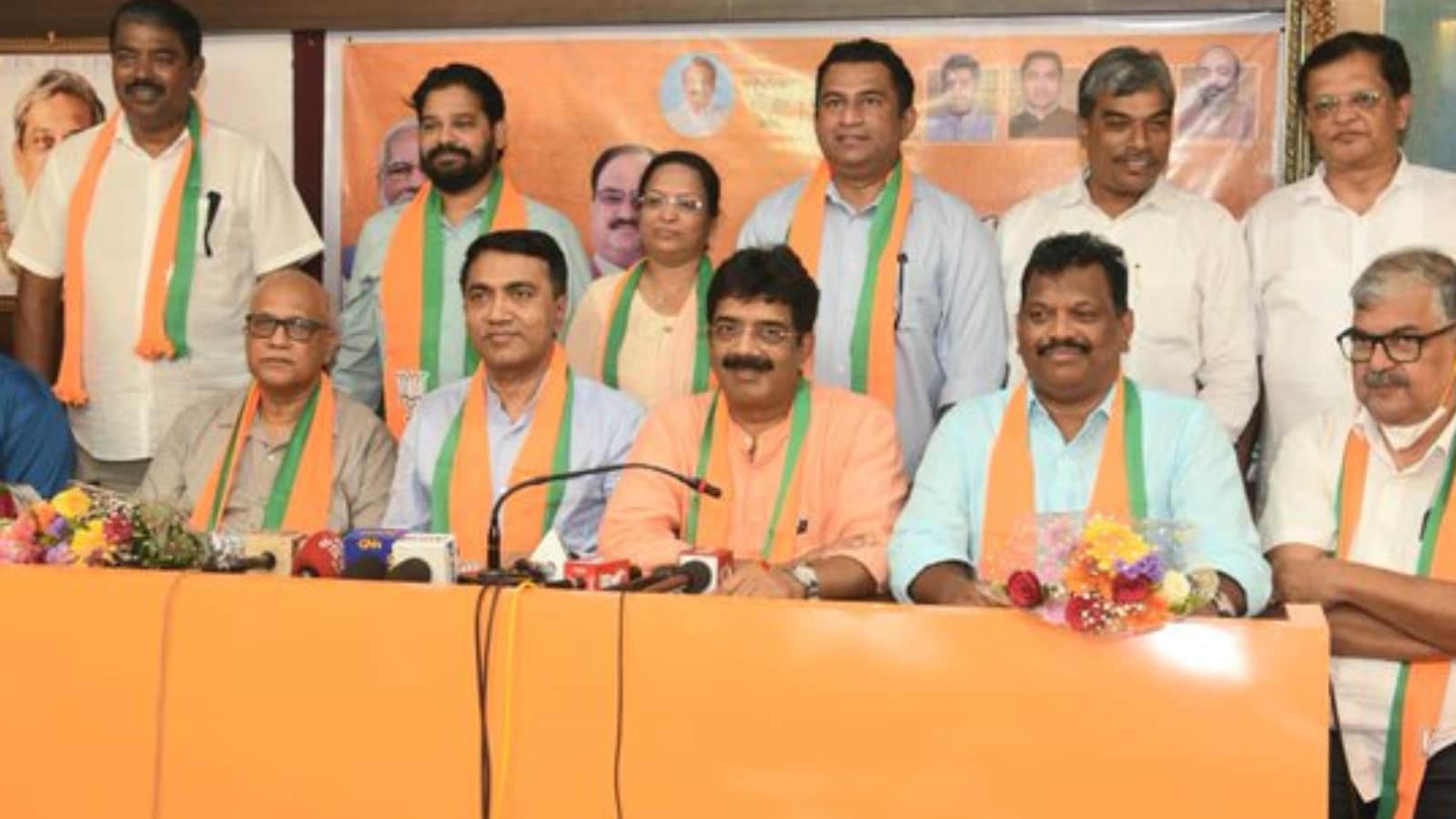 The political history of Goa post-liberation has been marked by instability and defections, which have continued to date. The rebellion by eight Congress MLAs who joined the Bharatiya Janata Party (BJP) in Goa on Wednesday has yet again brought to the fore the issue of defection politics in the state.

Goa, which was granted statehood in 1987, has seen 16 chief ministers, with some holding office for barely a month or even less. Ahead of the Goa Assembly elections this year, Congress candidates had taken oaths at a temple and a church that they will not leave their party if elected. Aam Aadmi Party (AAP) has also made its candidates sign affidavits not to defect to any other party if they are elected to the Assembly. The AAP has currently two MLAs in the 40-member Goa Assembly.

ALSO READ: BJP to Cong to BJP: After a Detour for Months, Goa’s Richest Legislator Michael Lobo Does ‘Ghar Wapsi’

The BJP now has 28 MLAs and enjoys the support of 33 MLAs altogether in the Assembly. Meanwhile, sources told CNN-News18 that three sitting BJP ministers will be dropped to make way for Kamat and Lobo in the state government.

Here’s how defections took place in Goa over the years:

Congress MLAs Subhash Shirodkar and Dayanand Sopte quit the party and joined the BJP in the presence of Union minister Piyush Goyal and Goa BJP leader Sripad Naik in October 2018.

As many as 10 Congress legislators resigned from the party and merged their group with the BJP. The 10 MLAs who severed ties with the grand old party include — Chandrakant Kavlekar, Isidore Fernandes, Francis Silveira, Filipe Neri Rodrigues, Jennifer, Atanasio Monserrate, Antonio Fernandes, Nilakanth Halarnkar, Clafacio Dias and Wilfred D’Sa. With this, the BJP increased its tally to 27 while reducing Congress to five.

This came after Chief Minister Pramod Sawant, who took over the reins after party stalwart and former CM Manohar Parrikar’s demise in 2019.

Maharashrawadi Gomantak Party (MGP), which was one of the oldest regional parties in Goa, has seen a split in the party in March 2019 when two out of three MLAs merged their group with the BJP. Manohar Ajgaonkar and Deepak Pausakar were two MGP MLAs who joined the BJP.

Ahead of the Assembly elections in February this year, the Association of Democratic Reforms (ADR) in its report said that 24 legislators in Goa, which is 60 per cent of the total strength of the 40-member state Assembly, have switched parties in the last five years. The ADR said that the state has set a unique record, which is “unparalleled” in the history of Indian democracy.

ZAPORIZHZHIA: At least 23 people were killed and 28 wounded in a Russian...
Politics

Congress leader Rahul Gandhi, who concluded his Kerala leg of the ‘Bharat Jodo...