Need to protect rights of policyholders with high-value health covers 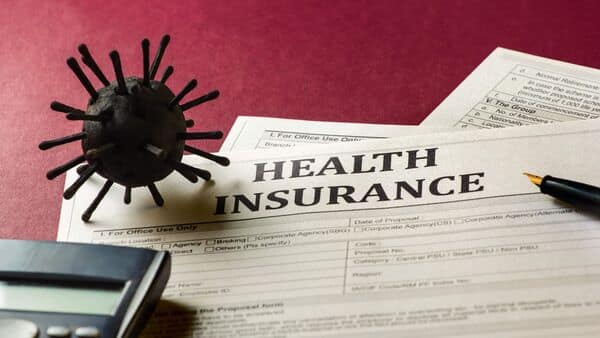 Of all the people I interact with, I find that the more educated and well-to-do group is highly conscious of their health insurance needs. This cross-section of people have seen and read about tens of cases where families have gone bankrupt or under a huge pile of debt due to health issues. So, they seek to cover themselves adequately. The insurance industry also indulges this group. From offering sum insured of up to ₹1 crore to covering treatments abroad, high networth individuals (HNIs) have a lot to choose from. However, the rights of such policyholders need better protection.

The grievance redressal mechanism is a good example. All personal-focused insurance policies list the insurance ombudsman as the adjudicator for claim disputes between the insurer and insured. Such listing is irrespective of the sum insured. In reality though, the ombudsman adjudicates claims only up to ₹30 lakh. So, in case the claim amount exceeds this threshold, the policyholder has to look at other forums such as the consumer court. Most policyholders are not aware of this nuance. In case of a dispute, they are more likely to follow the rules laid down in the policy. This would eventually lead to frustration as they would have to move from one forum to another. The insurance ombudsman has been set up as a specialized forum with knowledge of insurance specific rules and precedents. This enables faster and more relevant outcomes for the policyholders.

Plaintiffs lose this advantage when they move out of such forums. While there is a case to increase the limits for this forum, the least the insurer should do is disclose this nuance in the policy wordings rather than apply a generic template to all policies.

Another example is the rather arbitrary clause, ‘reasonable and customary’, which allows the insurer to make deductions in claims. Most policies carry this clause, which stipulates that the policyholders incur expenses in line with the prevailing charges in the relevant geographical area. This clause can be prejudicial to the policyholders with higher sum insured, who choose to opt for treatment in tertiary hospitals. The obvious conflict of interest starts where the party who ascertains the reasonableness of the expense, and the party liable to reimburse the expense is the same i.e., the insurer. Each insurer is free to determine the definition of ‘reasonable and customary’. Some insurers routinely apply this clause for deductions. In one particular case, an insurer refused to admit charges for a second doctor consultation in a day, because one visit is customary. In a country, where less than one in five people are insured, the behaviour of an average patient is driven by lack of purchasing power. A person, who bought a ₹50 lakh cover, should not be expected to behave in a similar way. In fact, the way an insured person rationalizes the annual premium payment is to believe that the sum insured will be at its disposal to get the best of care. One way to solve this conundrum is to be more specific about what the insurers believe to be ‘reasonable and customary’. Insurers should publish their schedule of non-admissible charges and a manual on customary practices. This would help avoid ambiguity at the time of claim and help policyholders select an insurer; whose claim practices are amenable to their lifestyle.

A third example was the ultra vires condition imposed on policyholders during the pandemic. All general insurers came together to define an acceptable charge for room rent and treatment expenses for Covid based on some classification of hospitals. It was a unilateral announcement and was not signed off either by the policyholders or by hospitals. Many hospitals refused to accept these limits, and went on to charge patients as per their norms. As a result, policyholders faced deductions and were forced to negotiate with the insurer. In some cases, insurers accepted the push-back and reversed deductions. But, it was a less than ideal experience for policyholders. Many in the industry justified it as a mitigation to ensure viability for the insurer, considering the pandemic to be an unforeseen event. The insurers were able to reduce their liability and protect shareholder capital, but eroded a bit of their goodwill and long-term assets.

However, we should not miss the forest for the trees. The insurance industry is still in early stages of development. So far, its focus has largely been on increasing penetration. Events like the pandemic occurred only for the first time in the industry’s existence. It needs to address several gaps. The regulator is consistently coming up with measures to protect policyholders. The standardization of exclusions was one such major landmark regulation, which removed significant ambiguities in exclusion wordings. I am hopeful that the industry would very soon take steps to make claim settlement more transparent.

Strangely, HNIs can afford to take a hit of one-time catastrophic loss. But, they also realize that cash does not get replenished, as the sum insured does after one year. They realize that once your health is affected, it becomes more difficult to accumulate cash again and the propensity to fall ill goes up. The group should be seen as torch-bearers of right financial behaviour. As an industry, we have to do better to build trust with the policyholders, including the wealthy ones. Protecting their rights and avoiding surprises should be one of our top priorities.

<!-- -->Ashok Gehlot has announced his support for Mallikarjun Kharge for Congress chief's...
Business

ROME: The victory of Giorgia Meloni in the Italian general election has drawn...