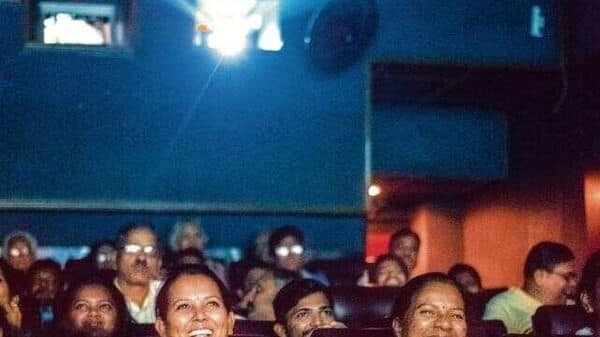 NEW DELHI : Movie theatres are increasingly screening sports matches, music concerts, niche and independent animation flicks and documentaries to generate revenue, in the wake of a succession of box office failures, especially in the Hindi-speaking market.

Multiplex chains said that besides the upcoming soccer World Cup, they will showcase concerts by popular bands like BTS and Coldplay on big screens. According to film trade analysts, though some content was on offer even before the pandemic outbreak, multiplexes are looking at ways to bring audiences to theatre, at a time the movie business is in doldrums.

“The idea is to keep giving people a reason to come back to cinemas and enable them to enjoy the theatrical experience in different ways,” said Devang Sampat, chief executive officer, Cinepolis India, adding that these initiatives do not contribute much to overall footfalls of cinema chains and tickets for some premium sports matches may cost 75-80% higher than regular movies.

The move is likely to assume more significance in the coming years where cinemas will play more than just feature films, said Amit Sharma, chief executive officer, Miraj Cinemas. He attributed the high prices for alternative content to the fact that a typical match takes up more than four hours of screening time, versus two to two-and-a-half hours for a film.

While the Asia Cup matches managed draw in August, Sanjeev Kumar Bijli, joint managing director at PVR Ltd said the company has been pleasantly surprised by the response to Japanese animation, including in small towns like Jabalpur, Allahabad and Ludhiana.

“Japanese anime is a significant part of our line-up now and we’ve tied up with studios in Japan to bring a new film to India every two to three months. We see traction for the genre not just in metros but in tier-two and tier-three towns too,” Bijli said, adding that content like sports matches warrant a community experience and much of the same holds true for music concerts and anime too.

Through verticals like Director’s Rare, PVR has released documentaries and independent films in foreign languages before the pandemic too, Bijli pointed out.

The universe of fans for such content is small, said Rajendar Singh Jyala, chief programming officer at INOX Leisure Ltd, though awareness is growing.