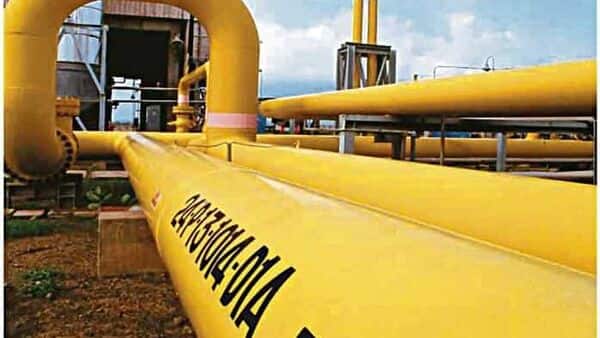 NEW DELHI : India is expediting a plan to set up a strategic gas reserve on the lines of its strategic petroleum reserve (SPR), amid a global energy crisis triggered by the Russia-Ukraine conflict that has sent fuel prices soaring.

Existing liquefied natural gas (LNG) tunnels and exhausted oil wells are likely to be utilized for the gas reserve, along with the construction of new underground infrastructure such as large salt caverns, an official familiar with the development said, requesting anonymity. The storage facilities may be chosen close to the pipeline infrastructure so that the fuel can be easily transported in times of need.

The plan for a strategic gas reserve was first considered last year but was shelved for the time being as India had assured supplies. However, the government has revived the plan, with the world staring at an energy crisis.

“There was a study. Officials had gone to see such infrastructure in Italy,” an official said, seeking anonymity. The official, however, said that the plan was put on hold as it was felt that India had the adequate domestic capacity to meet demand from the priority sectors such as city gas distribution network, fertilizers and cooking gas.

“It will make sense as the consumption increases and obviously considering this volatility,” the official added.

The country’s gas demand is expected to be driven by the fertilizer industry, power, city gas distribution, and steel sectors. Imports and local production of natural gas in FY22 resulted in supplies of 64.8 billion cu. m in the country. India produced 34,024 million standard cu. m (mscm) of gas in FY22 and is also expanding its national gas grid to 35,000km from the current 20,000km.

India is the fourth-largest LNG importer in the world, and local firms have long-term LNG contracts amounting to 22 million tonnes per annum.

However, the recent development of GAIL failing to secure its contracted product from Russia’s Gazprom and having had to buy at exorbitant prices in spot markets has expedited the plans for the strategic reserve.

Supplies from Gazprom have been stalled since May. In 2012, Gazprom signed a contract with GAIL (India) Ltd to supply 2.5 million tonnes of liquefied natural gas annually for 20 years. Under the contract, two cargoes of LNG are to be supplied every month.

Following the disruption of supplies from Gazprom, state-run GAIL recently bought a few LNG shipments at over $40 per metric million British thermal units (mmBtu) and is likely to go for more purchases at such high prices. Suppliers are quoting prices as high as $60 in the international spot markets. The current spot prices are way higher than those earlier contracted, ranging from $15-17 per mmBtu.

The strategic reserve will be in line with the strategic petroleum reserves. India has 5.33 million tonnes of underground strategic oil reserve facility at Visakhapatnam, Mangalore and Padur. Earlier this year, India said that it could release stock from the emergency reserves if required in the wake of the Ukraine crisis.

Several countries have built storage systems to ensure supply security. The US has nearly a third of global gas storage while Russia, Ukraine, Canada and Germany together account for another major portion. China also has gas storage facilities.

Queries sent to the ministry of petroleum and natural gas remained unanswered till press time.

Asian shares were cautiously higher on Thursday, while the dollar eased ahead of...
Science

Russian launches to space from U.S., first time in 20 years

A Russian cosmonaut has rocketed from the U.S. for the first time in...

Banks quick to hike interest on loans, not deposits

OPEC+ tries to keep oil above $90 with large production cut