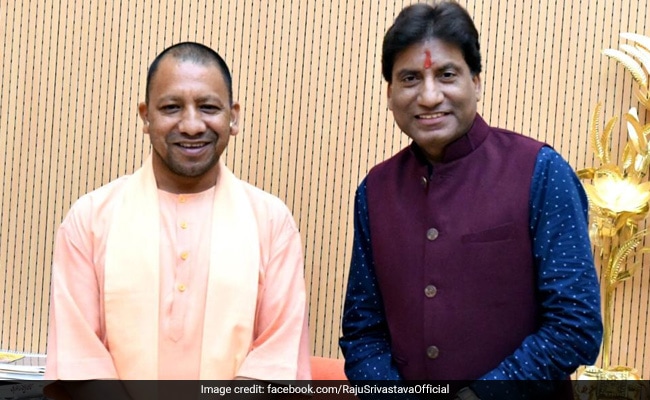 Politicians across the country have tweeted tributes for the veteran comedian. (File)

Comedian Raju Srivastava died today in Delhi, over a month after he was hospitalized at AIIMS. On August 10, he collapsed while working out in the gym and underwent an angioplasty on the same day.

Politicians across the country have tweeted tributes for the veteran comedian.

Raju Srivastava is no more with us. I, on behalf of the people of UP, pray that his soul rests in peace. I extend my condolences to his family: Uttar Pradesh CM Yogi Adityanath https://t.co/Wph8ocLVNmpic.twitter.com/TUWNlsEi4I

“I am deeply saddened by the passing away of renowned comedian, Raju Srivastava ji. Apart from being an accomplished artist, he was also a very lively person. He was also very active in the social field. I extend my condolences to his bereaved family and fans. Om Shanti!” he said.

BJP Chief JP Nadda said he was “speechless to hear the news”.

“I am speechless to hear the news of the demise of well known comedian Shri Raju Shrivastava ji. Raju Srivastava ji left a different mark in the world of comedy. My condolences to his family and fans in this hour of mourning,” he said.

LinkedIn ran experiments on more than 20 million users over five years that,...
Business

India is on track to attract $100 billion FDI in the current financial...

<!-- -->Eyeing expansion, the Trinamool Congress had actively campaigned for the assembly elections...
SocialGyan