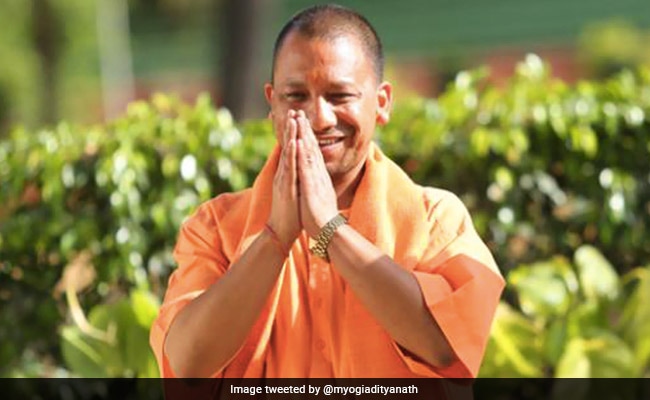 Yogi Adityanath initiated the day-long session in which only women MLAs would speak in the Assembly.

UP Chief Minister Yogi Adityanath today set the tone for a special session of the Assembly dedicated to women members, stressing that their suggestions would help the government take concrete steps.

The Chief Minister initiated the day-long session during which only women members would speak in the House. He added that the session at the country’s largest legislature would set an example.

“Today (Thursday), the largest legislature of the country is moving towards creating a new history. After 75 years of Independence, the voices of half the population will reach 25 crore people of the state through this House.”

“At the same time, they will get an opportunity to put forward the problems and achievements of the state and other important issues in this House. In fact, this work should have been done long ago,” Yogi Adityanath said.

Yogi Adityanath said this session would be an example for the country on what women members want to say, adding that any positive suggestions from them regarding the present, future and self-reliance of the state would help the government take steps in that direction.

Advocating that a member representing half the population be given a chance to conduct the proceedings as presiding officer, even for a short time, Yogi Adityanath said this would help create the right atmosphere.

“This is not the first time that an effort is being made to give equal status to women. After Independence, a lot of good efforts were made in this direction…the Constitution makers of India had given the right to vote to men and women from the beginning. In England and many other countries, women got this right later,” he said.

In a lighter vein, he told the male members of the House, “I will say to the male members that on normal days, women’s voices here get buried by your noise. If you come to know of any of your mistakes, apologise by holding both ears in your house and help bring improvement to help run the house better.” The comment evoked laughter from both the Treasury and Opposition benches with Leader of Opposition Akhilesh Yadav asking in jest how the Leader of the House (Yogi Adityanath who is a bachelor) knew these things.

Recalling the contribution of women during the Vedic period and their sacrifices during the freedom struggle, the chief minister also highlighted his government’s schemes dedicated to women.

Exhorting the Opposition, he said, “I would like that good suggestions are made and positive discussion held. There are always allegations and counter-allegations but today, the talks are held rising above them.

“…the proceedings of the House today will become a document and people who see it after 50 years or 100 years will be inspired by it. This discussion will give a new identity to the state.

“I request that while relaxing the rules, women members should be allowed to discuss for as long as they want and it should also be published,” the Chief Minister added.