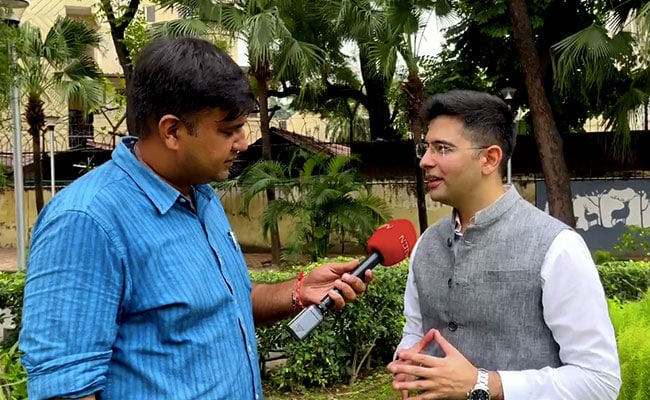 Raghav Chadha, Aam Aadmi Party (AAP) leader and the newly-appointed Gujarat co-incharge for the party, today said that the forthcoming Gujarat assembly elections are fast turning out to be a direct contest between the ruling BJP and AAP. He said: “The general perception in the mind of Gujaratis is that voting for Congress is a waste. If Congress couldn’t come to power in the state for 27 years, what can one expect from the party now?”

Elections are expected to be held in Gujarat later this year.

Referring to AAP Convenor and Delhi Chief Minister, Arvind Kejriwal, Mr Chadha commented: “There is only one person in the field fighting the BJP, his name is Arvind Kejriwal.”