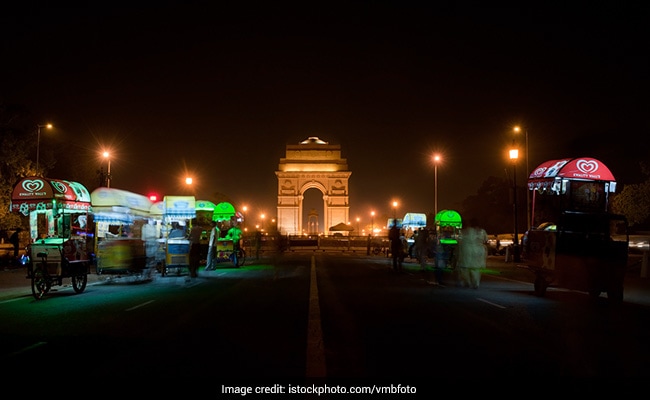 The newly-renamed Kartavya Path can now have a maximum of 90 ice-cream carts.

He said that an order to this effect has also been issued.

The NDMC has also asked district magistrates to ensure the deployment of civil defence volunteers for duty in the area for monitoring, and law enforcement at path.

“District Magistrate, New Delhi District is requested to ensure that the deployment of Civil Defence Volunteers (CDVs) for duty in the area is rationalised as per the zonal plan so as to ensure that two CDVs per zone, per shift are available to assist the teams,” NDMC’s notice issued on Tuesday read.

Mr Upadhyay said officials will also ensure that only licensed and prescribed numbers of carts are set up in each vending zone.

“They will also educate people not to jump in the water bodies on the Kartavya Path. They will also ensure effective parking management. The enforcement officials will ensure that the place is not littered with garbage and other rules are followed,” Mr Upadhyay said.

According to the government, the refurbished road symbolises a shift from erstwhile Rajpath being an icon of power to Kartavya Path being an example of “public ownership and empowerment”.