Genelia D’Souza in off-white couture saree says ‘a woman’s best jewellery is her shyness or nose ring’: Pics inside 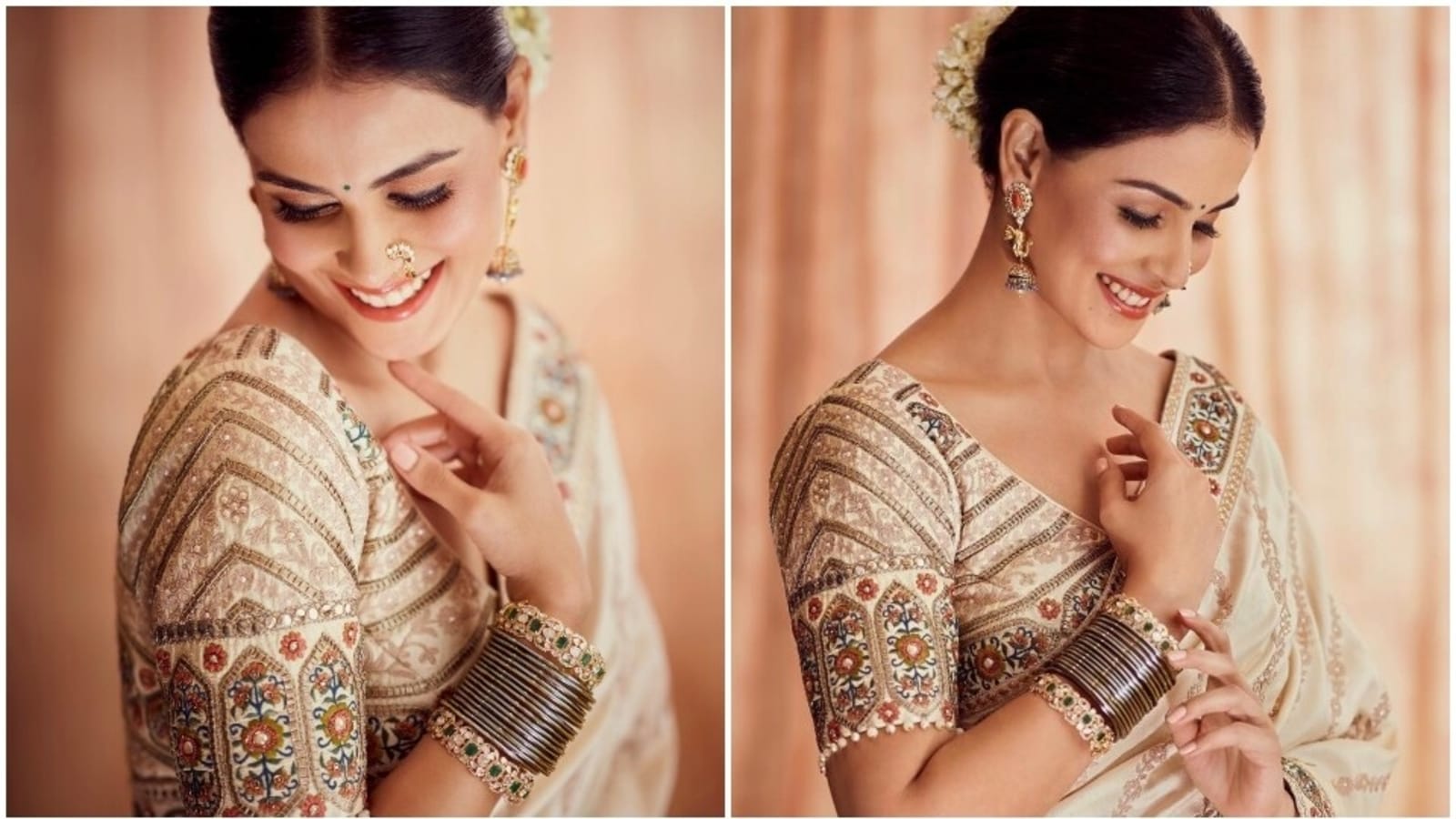 Sarees are an evergreen style statement. The timeless elegance of the six yards is irreplaceable. And Genelia D’Souza, who is married to Riteish Deshmukh, is here to back our claim. Recently, the star draped herself in an off-white couture saree for a photoshoot and took to Instagram to drop pictures. She enhanced the beauty of her exquisite attire with a traditional Maharashtrian nath and minimal makeup, adding that “a woman’s best jewellery is her shyness or her nose ring.” The pictures got much love on social media.

On Wednesday, Genelia D’Souza dropped pictures from her latest photoshoot. In the caption, Genelia talked about the best jewellery for a woman. The six yards she wore is from the shelves of the ace clothing label JJ Valaya. The mother-of-two garnered a lot of praise for her ethnic look from her fans on social media. One user called her “Stunning.” Another wrote, “You look very beautiful.” Keep scrolling to check out the photos below. (Also Read: Genelia D’Souza drops weight loss journey video, shares she lost 4 kg in 6 weeks)

Meanwhile, Genelia D’Souza married Riteish Deshmukh in 2012. The couple has two kids, Riaan Deshmukh and Rahyl Deshmukh. They often share hilarious videos on Instagram to entertain their millions of followers.

PESHAWAR: A suicide bomber on Friday blew himself up in an open field...

Actor Rashmika Mandanna is currently keeping busy with the promotions of her upcoming...
Fashion

Friyay is here, and so is the roundup of the most glamorous looks...
SocialGyan