More
HomeEntertainmentSara Ali Khan on playing her grandmother Sharmila Tagore in a biopic,...

Sara Ali Khan on playing her grandmother Sharmila Tagore in a biopic, ‘I don’t know if I’m that graceful’ 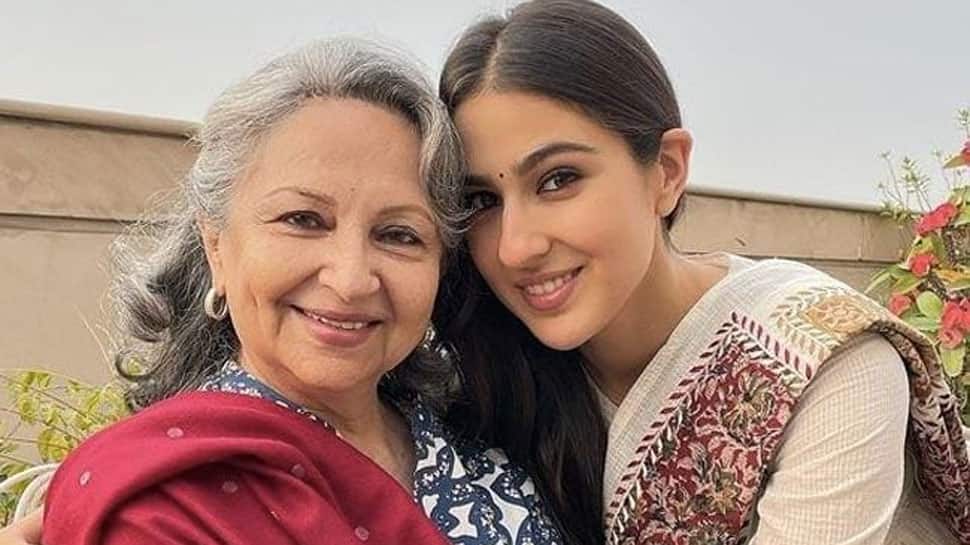 New Delhi: The generation next star Sara Ali Khan comes from a royal family with acting in her blood, literally. Recently, the star gushed about her grandmother and veteran actress Sharmila Tagore and shared her views on whether she would play her in a biopic.

During a live show on Roposo, a creator-led live entertainment commerce platform, she answered a fan’s comment on playing Sharmila Tagore in her biopic. She jokingly asked what the film is even going to be called and commented, “She’s so graceful. I don’t know if I’m graceful.”

When asked if she often spent time speaking to her grandmother about her legendary career, Sara replied, “I speak to Badi Amma (grandmother) quite a lot, but I don’t think I’ve actually spent much time speaking to her about her career as such. There are so many other things. She’s so well read, interested in current events, and has a great sense of general knowledge. She’s such a classy lady and she’s had such a life. She has world views and we’ve spent so much more time talking about that than actually her craft, which I think I should.”

As the show continued, the ‘Atrangi Re’ actress revealed who in the industry has a career she hopes to have one day.

“This is not a novel answer. Everybody expects it. Everyone on this live show is going to be like ‘oh she’s going to say Alia Bhatt’ but yeah. She did a Karan Johar film and a Sanjay Leela Bhansali film simultaneously. Any of you that know what I want even a little bit, know that’s the answer- If you can be Gangu (Bhansali’s Gangubai Kathiawadi) and Rani (KJo’s Rocky Aur Rani Ki Prem Kahani) at the same time, then that’s (she made a face expressing amazement). I saw ‘Student of the Year’ and ‘Highway’ in the span of two years and that’s amazing.”

Nifty futures on the Singapore Exchange traded 127.5 points, or 0.75 per cent...
Business

On Friday, the BSE Sensex gained more than 1,000 points on September 30...
Politics

Read more that, I only know how to work, give me an opportunity...
Entertainment

New Delhi: It is the first day of the new season of Bigg...
Entertainment

Washington: Seems like there`s a new couple in the town. Speculation of romance...
SocialGyan