More
HomeEntertainmentRIP Raju Srivastava: When the comedian prayed for his idol Amitabh Bachchan’s...

RIP Raju Srivastava: When the comedian prayed for his idol Amitabh Bachchan’s life 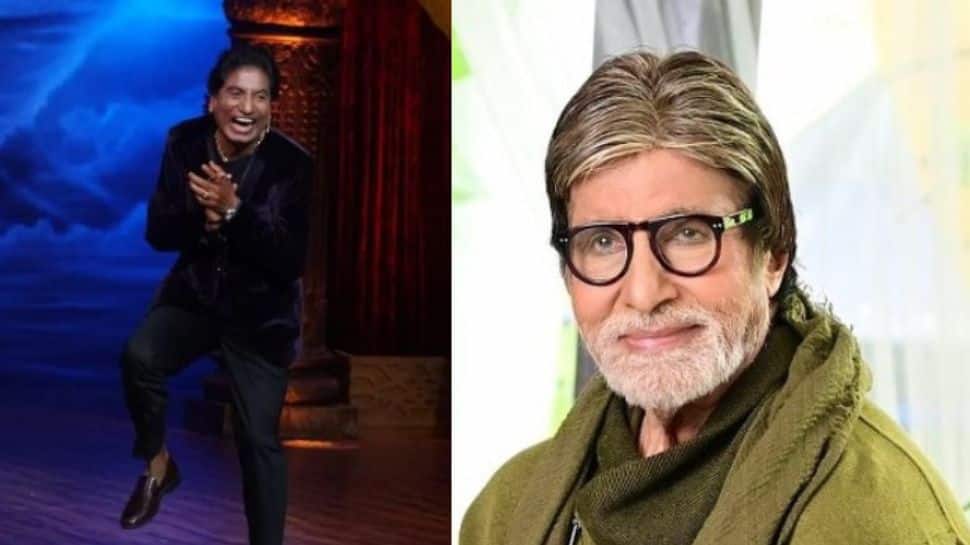 Mumbai: If there was one leitmotif in the life of Raju Srivastava, it was probably Amitabh Bachchan. The superstar was the one who pulled him to Mumbai for the first time, set him off on his comic career and whose photograph still occupies pride of place in his home.

Bachchan was “god” for the popular comedian, who died at a Delhi hospital on Wednesday at the age of 58, said his brother. Srivastava, who grew up watching every Bachchan film in a cinema hall in his hometown Kanpur, was first noticed for his resemblance to the star and then for his impersonations of him.

In 1982, Srivastava, then just 18, rushed to Mumbai when Bachchan sustained a near-fatal injury while shooting for the film ‘Coolie’. The idea was to get a glimpse of the man. That did not happen of course and Srivastava joined the crowd keeping vigil outside the Breach Candy Hospital where Bachchan was admitted.

“Raju bhai would eat ‘vada pav’ every day and stand outside the hospital and pray for Bachchan ji’s life. He had come to see Amitabh Bachchan ji as he considered him god,” Srivastava’s brother Dipoo told PTI.

Bachchan recovered and returned to the sets. And Srivastava took the life changing decision to stay on and make a career in the entertainment industry.

“He slept on the bridge of Dadar station, in parks and stayed in jhopadpattis (slums). He would sift through newspaper ads to find out about comedy shows in the city,” his brother said.

Recalling their growing up years, Dipoo said Raju Srivastava would not miss a single Bachchan movie and would often bunk school to watch his idol on screen.

“He got beaten many times for this by our mother. During Independence Day celebrations in school, he would imitate him. He would also dance in ‘baraats’ (marriage procession) whenever Amitabh Bachchan songs were played in Kanpur,” Dipoo, also a comic in Mumbai, added.

It was perhaps destiny that he would land a job impersonating his favourite actor at a comedy show. In one such show in Mumbai, Gulshan Kumar of T-Series was in the audience. “After seeing bhai’s comedy, Gulshan Kumar offered him an audio cassette show named ‘Hasna Mana Hai’. He did about 25 to 30 such shows for labels like T-Series and Venus,” Dipoo said.

The attachment with the star continued through the years. According to Dipoo, a photograph of Bachchan is a permanent fixture at Srivastava’s house even today. “Raju bhai would seek blessings from him before going for any show,” his brother said. Srivastava, who dabbled in movies and later entered politics, suffered a heart attack while working out at a Delhi hotel on August 10. He was rushed to hospital and had been on the ventilator ever since.

Amitabh Bachchan had even shared a voice note for Raju Srivastava when he was undergoing treatment at AIIMS.

The comedian, who joined the BJP in 2014 after a stint with the Samajwadi Party, had a heart attack on August 10 while working out at a Delhi hotel. Srivastava had also starred in films such as ‘Maine Pyar Kiya’ and ‘Baazigar’, the remake of ‘Bombay to Goa’, ‘Aamdani Atthani Kharcha Rupaiya’, and ‘Main Prem Ki Deewani Hoon’.

Tech View: Nifty forming higher lows for 2 days. What investors should do on Thursday

The Headline index Nifty on Tuesday formed a long bullish candle on the...

New Delhi: Arjun Kapoor shared a glimpse of a dinner date with his...
Entertainment

The film `Adipurush` stars south superstar Prabhas in the lead role. It is...
Entertainment