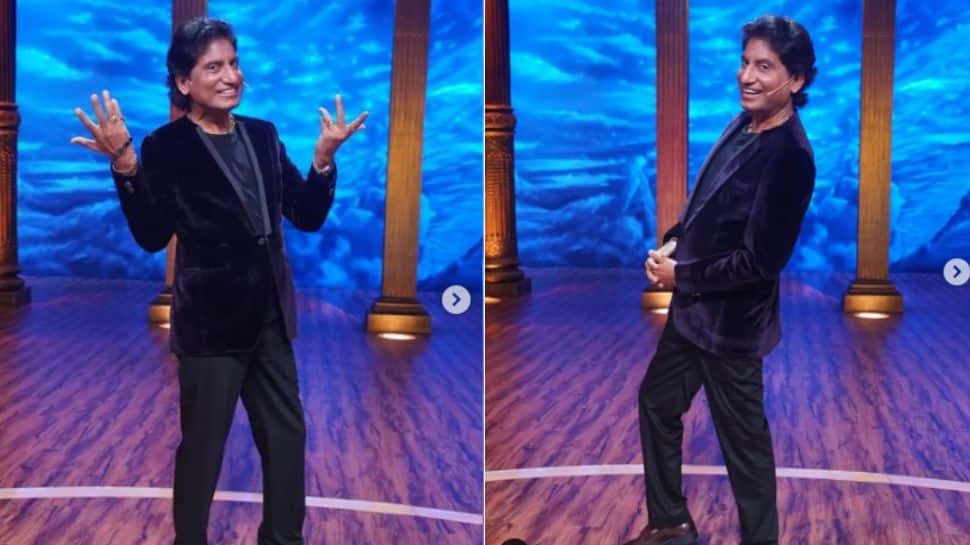 New Delhi: Raju Srivastav a name which in the times gone by had become synonomous with laughter and joy is no more. The comedian who breathed his last on Wednesday was admitted in AIIMS for over a month after he collapsed at home while working out. The comedian who had been in the industry for so such a long time has had many memorable moments over the years.

So here are five iconic stand up acts of comedian Raju Srivastav:

Raju Srivastav was one of the most popular stand-up comedians in the country. He broke into the stand-up scene relatively early and became instantly famous for his routines on ‘The Great Indian Laughter Challenge.’His stand up set used to be different than others as it was more about rural India and its people.

He was extremely good at mimicry of politicians, and one such instance where the comedian got the chance to do a mimicry bit of a politician in front of him was at an event organised by India Today in 2012 , where he mimicked popular Bihari politician Lalu Yadav. The bit, which was about 8 minutes long, got everybody in the audience rolling with laughter, including Lalu Yadav himself, who was quite happy and impressed with the comedian.

Here is the link of the stand up:

Raju Srivastava’s another great stand-up comedy bit was in the Sony television annual programme Umang, which celebrates the work of Mumbai police. The comedian cracked one joke after another in the five-minute set where he talked about being a photographer to celebrities. The stand-up bit was hilarious and is a must-watch.

Here is the video link of the act:

The comedian first came on to the national scene and became a household name through the television show “The Great Indian Laughter Challenge.” He had many great sets in the show, but one of the most popular sets from the show, which has been seen by millions on YouTube by this time, is “Behen Ki Shaadi.” The bit is not only extremely fun to watch but also shows the comedian’s know-how of rural India.

Here is the video of the act:

The comedian was also a participant in another stand-up comedy show called “Comedy Cirkus.” One of the most popular sets from the show is his set on “Cinema,” where he details the experience of a guy who went to watch the movie “Sholay.” The show, whose judges were Shekhar Suman and Navjot Singh Siddhu, had a special guest that day. ‘Johnny Lever’ can be seen laughing with much joy at the performance.

Here is the video link:

The set on ‘Railway Platform’

Raju Srivastav was one of those comedians who could turn any simple thing or an event into a great stand-up act, and one example of this was this set on “Railway Platform”. The bit which talks about the life and incidents that happen to people who sleep on railway platforms is extremely funny and has a great ending and when it ends you want it to continue for longer.

Here is the video link of the stand up act:

LinkedIn ran experiments on more than 20 million users over five years that,...

New Delhi: Rakhi Sawant is one of the most active celebrities on social media...
Entertainment