KRK says Karan Johar, SRK, Akshay Kumar NOT behind his arrest, netizens ask is it Salman or Ranbir? 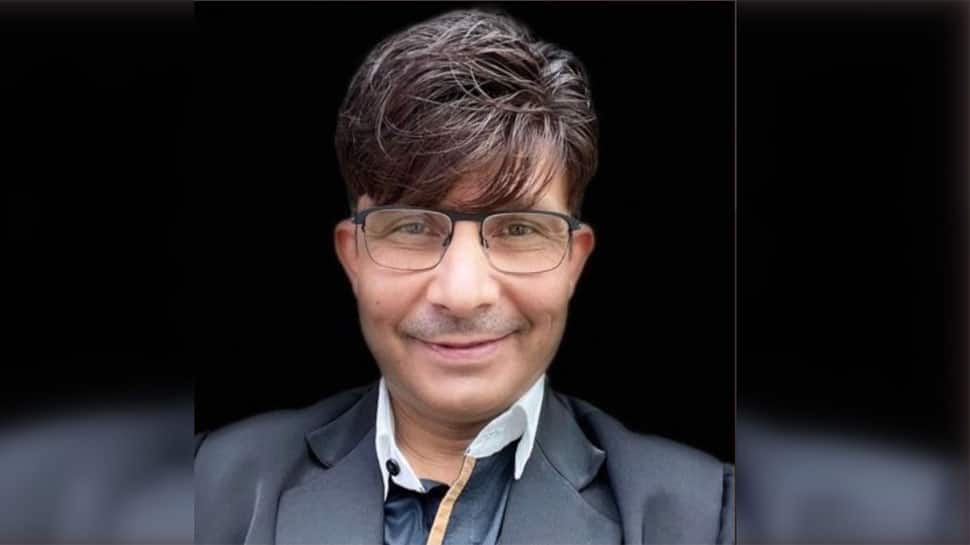 New Delhi: Controversial film personality Kamaal R Khan always manages to stay in the limelight no matter what! Recently, he was arrested for making hateful comments on late film actors Rishi Kapoor and Irrfan Khan and in another case for asking sexual favours from an actress. Now, days after coming out of jail, he has something new to say.

KRK took to his Twitter account and said that filmmaker Karan Johar, Shah Rukh Khan, Akshay Kumar, Aamir Khan and Ajay Devgn are not behind his arrest. “Many people are saying that @karanjohar was behind my arrest. No, it’s not true. #Karan #SRK #Aamir #Ajay #Akshay etc have nothing to do with my arrest,” he tweeted.

Many people are saying that @karanjohar was behind my arrest. No, it’s not true. #Karan #SRK #Aamir #Ajay #Akshay etc have nothing to do with my arrest.

People on social media started taking a jibe on the statement as soon as it was released. One user asked if it was Salman Khan since he did not mention his name. Another user said that Ranbir Kapoor might be behind his arrest as his review could have destroyed ‘Brahmastra’. Well, no one takes KRK seriously!

Earlier, he had made a shocking statement that he survived 10 days in jail with just water and lost has lost 10 kgs! If this is less, his son even compared him to actor Sushant Singh Rajput and said that he doesn’t want his father to die like him.

I was surviving with only water for 10 days in lockup. So I have lost 10 kg weight.

According to the police, KRK was arrested over FIR against his controversial social media posts back in 2020. The FIR was lodged on the basis of a complaint by Yuva Sena leader Rahul Kanal on April 30, 2020, where he alleged that KRK`s tweets on the late Irrfan Khan and Rishi Kapoor allegedly spread “hatred”. Rahul had said in the FIR that a person named Kamal R Khan regularly spreads hatred on social media. “He came into Bollywood with a movie named `Deshdrohi` and is really acting like one. Even when the world is going through a pandemic, I can`t understand his inhumane behaviour and spreading hatred in all spheres of life.”

The complainant said KRK was making hateful comments against late actors Irrfan Khan and Rishi Kapoor. “After Irrfan Khan, who is India`s pride, passed away, he was making poor claims and statements on him. He was also talking crap about senior actor late Rishi Kapoor also,” he said in the complaint. On September 5, KRK was arrested by Versova Police for allegedly demanding sexual favours from an actress and holding the complainant`s hand in the first week of January 2019. He later got bail in this case. He got bail in both cases.