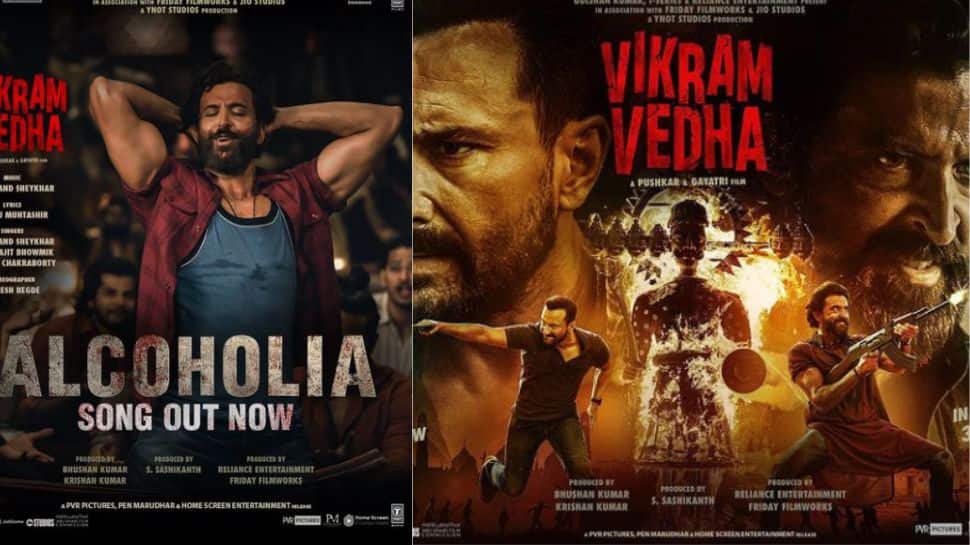 Witnessing the love & cheer from his audience Hrithik Roshan reminisced about his first ever fan encounter which took place right after the release of ‘Kaho Naa.. Pyaar Hai’ at Gaiety-Galaxy.

The actor while sharing his emotional connection with the cinema hall said, “Gaiety-Galaxy is very special. I think around 22 years ago, when ‘Kaho Naa… Pyaar Hai’ was released, so first-day first show I came to Gaiety and I saw my first film with the audience and when the film got finished and the light was switched on, the people recognised me and that was the first time I experience what the audience’ love and excitement is all about and how important that was to me at that time.”

Hrithik Roshan became sentimental when it was mentioned that Vikram Vedha marked the career milestone of being his 25th movie, recalling his early medical diagnosis of spinal stenosis and his stammering speech.

Hrithik said, “Before the release of Kaho Naa… Pyaar Hai my doctors had told me that my health condition is not so good that I can do action films and dance films. I took this diagnosis as a challenge and focused on my health and fitness. I learnt how to do my work to the best of my abilities and I’m just happy to be here standing in front of you’ll today. It is nothing short of a miracle for me that in my 25th film, I’m still doing action and I’m still dancing and I’m still being able to say my dialogues. I think the 21 year old – me , would be very proud of this me, today.”

Further adding, “Thank you to my audience, it wouldn’t have been possible without your love & support. And nothing would be possible without the (Vikram Vedha) team, I’m blessed to be working with directors that I trust, Ganesh Hegde, Vishal-Sheykhar .. this song would not be what it is, if it wasn’t for this team. And I’ve had this opportunity to work with some of the best actors, I just consider myself very fortunate.”

Alcoholia is a fun dance song from Vikram Vedha that is pivotal to the story of Hrithik’s on-screen character Vedha in the film. Alcoholia showcases Vedha and his brother (played by Rohit Saraf) celebrating together. Alcoholia gives a glimpse of Vedha’s ‘Mad’ dance, as he is seen letting loose and dancing to the song that has a desi vibe.

‘Alcoholia’ is sung by Vishal–Shekhar, Snigdhajit Bhowmik, and Ananya Chakraborty. The music is given by the hit duo Vishal–Shekhar while the lyrics are written by Manoj Muntashir.

File photo of Jasprit Bumrah.© BCCIIndia will be without the services of their...
Politics

Jemimah Rodrigues was at her ruthless best, smashing an unbeaten 75 off 45...