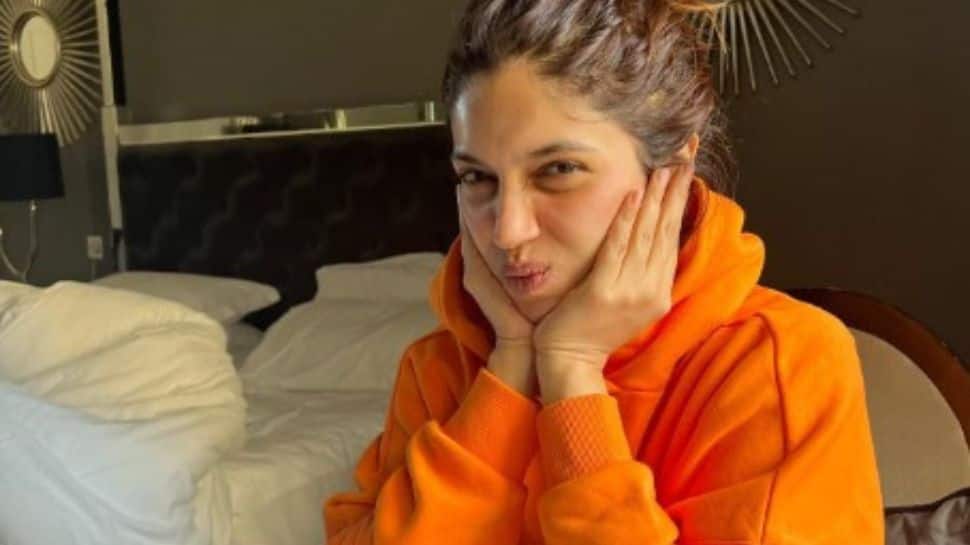 New Delhi: Bhumi Pednekar has been a dedicated climate warrior for 3 years. The actor and climate activist, who has been regularly advocating awareness for climate positive life choices and ecological conservation, shared a special message for the people of our country. On the third anniversary of her hugely acclaimed climate conservation project, Climate Warrior, Bhumi Pednekar aims to raise awareness on climate positive lifestyles so that each individual can do their bit to protect the planet.

Through the video, Bhumi encouraged everyone to make small but sustained personal choices to avoid wasting natural resources and reduce one’s use of plastics and disposables.

Bhumi says, “I act for a living but I believe in being a stubborn optimist. Why? Because we have NO choice but to change our lifestyle choices and the way we live. Otherwise the air we breathe, the water we drink and the earth that we live on will not survive. This planet will become un-livable and our future will literally be clouded by pollution and man-made waste.”

She further added, “For some years I have reached out to all of you to explain WHY we should choose climate positive ways. Small changes in our lives can make big changes to this planet. STOP using single-use plastic. Don’t produce more waste than you need to. Turn off the water tap, use water wisely. At least turn off the switches and the power connections at your home when you don’t use them.”

“I have been inspired by so many climate warriors that I have met along the way. They give their time and continuous effort towards saving this planet. And I can’t be thankful enough to them. I do the same with my choices at home by recycling, re-using old clothes and living our lives with a reduced carbon footprint,” she added.

As part of her initiative to be a climate warrior, Bhumi has rallied the industry constantly to educate people about this serious issue. She has united celebrity voices like Akshay Kumar, Amitabh Bachchan, Arjun Kapoor and others to speak about how they have shifted to a more conscious living to maximise the message of ecological conservation.

In the past Bhumi has spoken at Harvard University on Climate Change and has also been part of an international initiative to raise awareness against climate change – the Global Climate Week in New York.

“Be it in New York during the Global Climate Week or anywhere. I will always join activists and fellow climate warriors to call out to you to take care of our climate; to make sustainable living a lifestyle choice. I want You to join me on this change driving effort. Guys, this is war- a war against pollution and against environmental degradation that is totally worth fighting. So come on board and be a climate warrior with me,” she concluded.

New Delhi: Vivek Ranjan Agnihotri has been constantly making the headlines since his directorial 'The...
Entertainment

Drishyam 2 teaser: Ajay Devgn is back as Vijay Salgaonkar in this intriguing sequel! Watch

Gangsta’s Paradise fame rapper Coolio passes away at 59, cause of death ‘unknown’ yet