More
HomeEntertainmentAnushka Sharma enjoys day out with daughter Vamika, shares PIC from the...

Anushka Sharma enjoys day out with daughter Vamika, shares PIC from the UK 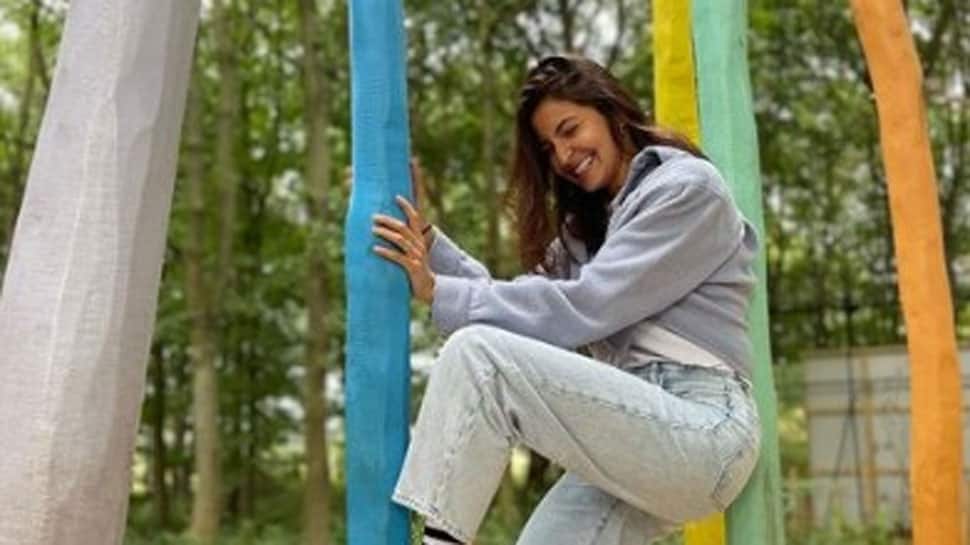 New Delhi: Bollywood actress Anushka Sharma never disappoints her fans. The actress keeps on sharing glimpses from her personal life on social media. She is currently in London where she is prepping up for her upcoming film ‘Chakda Xpress’ based on the life of cricketing legend Jhulan Goswami.

Recently, the actress shared a post on Instagram of her day out with daughter Vamika. “I had a great day at the play park that we took our daughter to,” she captioned the post along with a laughing emoji. Anushka opted for a casual attire as she took daughter Vamika to a park. However, Anushka did not post any picture of daughter Vamika.

Fans of the actress were quick to shower their love as soon as she dropped the picture. “Damn are u for real. Such a cutie pie,” commented one user. A fan even asked if the picture was clicked by daughter Vamika. “Picture kya vamika ne click ke hai,” the user wrote.

On the work front, Anushka is gearing up for the release of ‘Chakda Xpress’ which marks her comeback as an actor after daughter Vamika’s birth. Recently, she shared a still from the film in which Jhulan can be seen standing in the rain while she is on an important phone call. “A moment from a story that needs to be told,” she had captioned the still.

She was last seen in ‘Zero’ in 2018 with Shah Rukh Khan and Katrina Kaif. Directed by Prosit Roy, `Chakda Xpress` is a sports biopic film based on the life of former Indian cricketer Jhulan Goswami. The film will release on streaming platform Netflix, however, the final release date is still awaited.

Meta has announced the date for its 2022 Facebook Communities Summit, with a...
Markets

Stock Radar: Here’s why this large-cap stock is a good ‘buy on dips’ candidate

Instagram continues to push ahead with its plans for a new in-app Media...
World

MALANG (INDONESIA): At least 125 people were killed and more than 320 injured...

New Delhi: It is the first day of the new season of Bigg...
Entertainment

Washington: Seems like there`s a new couple in the town. Speculation of romance...
Entertainment

Mumbai: Actress Rasika Dugal, who got a lot of positive response to her...
SocialGyan