Amitabh Bachchan pays tribute to Raju Srivastava, says, ‘His sense of timing and humour shall remain…’ 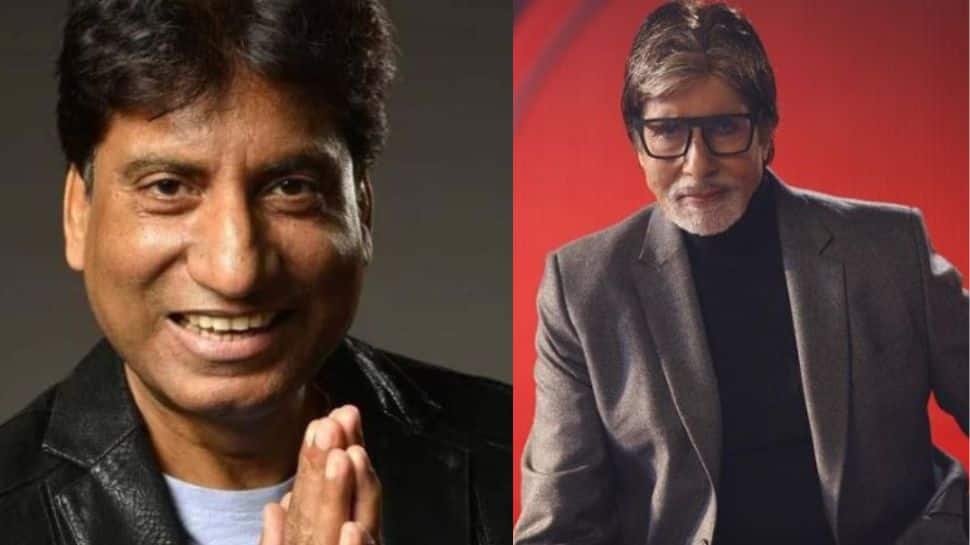 Mumbai: Megastar Amitabh Bachchan on Thursday paid homage to comedian-actor Raju Srivastava and remembered him for his everyday humour. Srivastava, who died on Wednesday after 41 days of hospitalisation at the All India Institute of Medical Sciences (AIIMS), was an ardent fan of Bachchan since his teens. He got his first major break courtesy his resemblance to the cinema icon and his impersonations of him.

“Another colleague, friend and creative artist leaves us. A sudden ailment and gone before time, before his creativity time completion… His sense of timing and the colloquial humour of his birth shall remain with us. It was unique, open, frank and filled with humour. He smiles from the heavens now and will be the reason for mirth with God,” Bachchan wrote on his blog.

Srivastava, 58, was taken to the AIIMS on August 10 after suffering a heart attack while working out at a Delhi hotel. He underwent angioplasty and was on a ventilator since then.

In the post, Bachchan shared that he had sent a voice note to Srivastava’s family to help them with the stand-up artiste’s treatment.

“Each day in the morning with him in spirit and information from nearby ones, they got advised to send a voice to awaken his condition. I did, they played it for him in his state in his ears. On one instance he did open his eye a bit and then went away,” the veteran actor said.

Srivastava, a popular name in India’s stand-up comedy circuit, first came to Mumbai when Bachchan sustained a near-fatal injury while shooting for the film “Coolie”. The attachment with Bachchan continued through years and a photo of the star is a permanent fixture at Srivastava’s house even today.

Raju Srivastava’s mortal remains were cremated on Thursday morning at Nigam Bodh ghat in the presence of friends and family.

Shares of government-owned public sector lender () rallied over 5 and a...