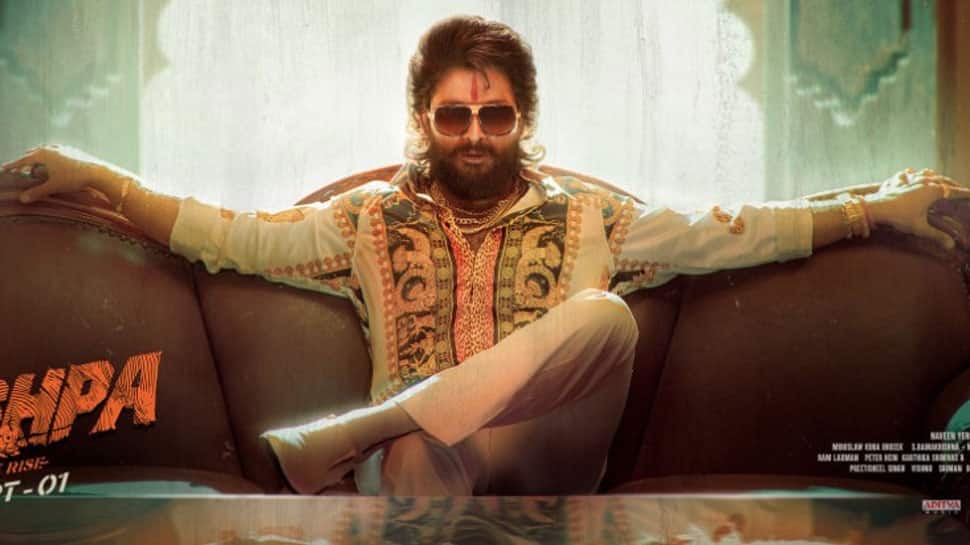 New Delhi: Ever since Allu Arjun’s ‘Pushpa: The Rise’ has been released, the film has created a whole new kind of rage that was visible around all the corners of the world. As the popularity of Allu Arjun was witnessed during the Ganapati festival with Ganapati Idols and pandals with Pushpa Theme, now it seems like it is all set to capture the upcoming Navaratri festival too, which is also one of the biggest festivals of India and one was recently witnessed when two dancers were seen compiling the steps of Pushpa in their dance routine.

Be it the dance step of Allu Arjun’s ‘Srivalli’ or his swag of PushpaRaj, the actor truly owned his significant place with the release of the film. The craze of his fandom just doesn’t seem to settle down as even after such a long time since its release its rage was recently witnessed when two dancers recreated the signature steps of the Pan India star very creatively on a song from the film. They also added a signature of Pushparaj swag in their dance step.

It is a sheer example of Allu Arjun’s fandom which is still showing its effect. The rage of his style was also witnessed in some places in the Ganapati festival when Ganesh idols were designed specially in Pushparaj style and some organizers decorated the theme in Pushpa style while his popularity was also witnessed when Allu Arjun went on to meet New York City Mayor Eric Adams and teaches him famous Pushpa hand gesture while many rumors about him making a Hollywood debut also took over the places. Moreover, as many festivals are still in lineup ahead, we can guarantee that this festival will be taken over by Allu Arjun.

On the work front, while Allu Arjun has been constantly making big with brands, his fans are eagerly waiting for the updates of ‘Pushpa: The Rule’ that has gone on the floors.

The film `Adipurush` stars south superstar Prabhas in the lead role. It is...
Entertainment