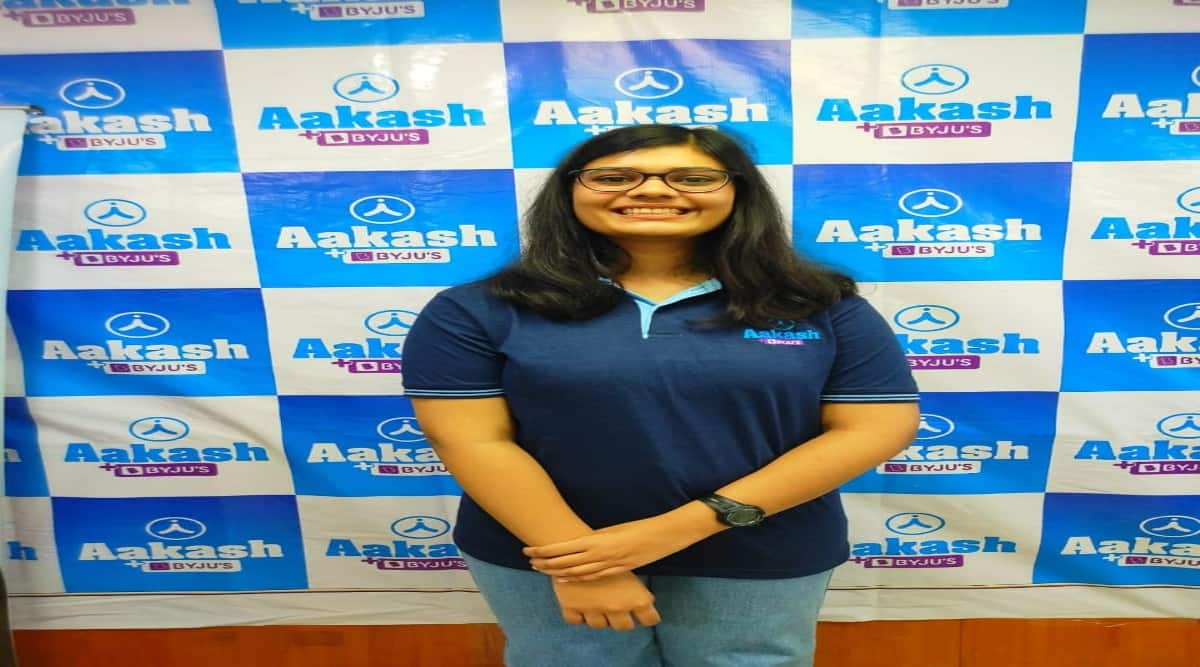 Tanishka Kabra from the IIT-Delhi zone emerged as the topper among women in the JEE Advanced 2022, results of which were declared Sunday. Kabra, who will turn 18 this December, scored 277 marks out of 360 to secure Rank 16.

“The two-year Covid-19 pandemic was weird. Though the transition from offline to online studies was a smooth one, losing my grandmother to Covid was a loss in the family I had to overcome,” says Kabra, a resident of the Ghatlodiya area in Gujarat’s Ahmedabad.

She wants to join the Computer Science programme at IIT-Bombay since she has ‘”decent exposure to coding languages in Class 10″ which peaked her interest in the subject.

“Though my parents were more comfortable with me pursuing medicine as my sister is also studying MBBS, I was more comfortable with Maths than Biology. So, choosing engineering was entirely my decision,” she adds. Her elder sister will soon complete her MBBS from BJ Medical College in Ahmedabad.

Asked for her advice to other engineering aspirants, she told The Indian Express, “Trust your parents and teachers and be open to them about how you feel. Be honest with yourself. Since every student is different, I would advise all students preparing or aspiring for JEE to know themselves and what works best for them.”

“Listen to what other people say, but choose the preparation strategy that works the best for you,” the daughter of a homemaker mother and father who works with the GST Department adds.

Kabra emphasises the support of one’s family is important. “The journey of preparing for JEE can be a difficult one, and there will be times when you feel frustrated. In those moments, talking to parents and family members will help, as they will only try to help you out.”

She says realising one’s strengths and identifying shortcomings is also essential in tackling JEE Advanced. “One of the things I have noticed in myself is that I have a tendency to think short term. For instance, if there is an exam this week or next week and another after two months I would not focus on the latter. After realising that this was a shortcoming as I was always jumping from test to test and not thinking long term it was not difficult to identify it,” she explains.

After she put her finger on what she lacked, Kabra says she also found a way to tackle it. “If I know JEE is after two years or six months I would not be motivated for that but more motivated for the test that is coming right away. Though this is not bad since the entire journey of JEE is long-term planning, I had to overcome it. That is the reason I got into Olympiads as it was creating a benchmark for me on a short-term basis.”

Kabra had represented India in the International Olympiad for Chemistry and had also cleared the Indian Olympiad Qualifiers in Mathematics, Astronomy, and Physics. She did this along with her preparation for the Class 12 board exams.

Her passion for Computer Science took root in Class 9 when she learnt programming for the first time. She made use of the time she got during the lockdown to learn new computer languages online. She spent her time listening to music and swimming during study breaks

Read more that, I only know how to work, give me an opportunity...
Entertainment

India will be the 'shining star' of the global economy that faces a...
Social Media News

Meta has announced the date for its 2022 Facebook Communities Summit, with a...

With the fall of the rupee, Indian students may have to plan better,...
Education